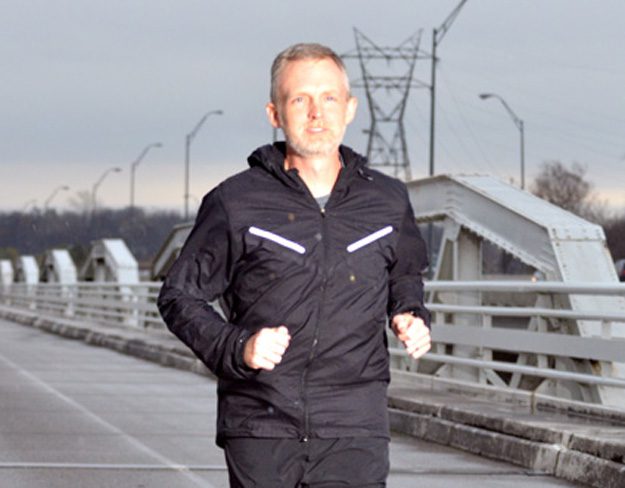 [dropcap]Heart[/dropcap] Disease is a killer. However, some who face it find a way to learn to live, and even thrive, despite the seriousness of the diagnosis. These are the stories of two Oklahomans who are living a healthy and full life despite being diagnosed with heart disease.

On a random day back in 2013, Gene Swepston sat with his wife while he enjoyed a glass of wine at his favorite bar when, by chance, in walked a friend who worked with the Oklahoma Heart Institute on the campus of Hillcrest Medical Center. During their chat, Swepston learned about a heart scan, newly available at the time. Intrigued by the new technology, Swepston made an appointment shortly after learning about all the scan could show about the health of his heart.

“My father and uncle died of an aneurysm,” shares Swepston, age 64. “I wanted to know so I could do something about it.”

The scan and further tests found some mild blockage in the section of the heart that is commonly called “the widow maker,” or medically known as the anterior interventricular branch of the left coronary artery (LAD). Swepston and his doctor formulated a plan of a heart-healthy diet and regular exercise at least five times a week in order to combat the blockage.

“I jumped right in and was really committed to this plan,” remembers Swepston. “I was excited to see many of my favorite foods in the heart-healthy options.”

He also booked a personal trainer to help him safely incorporate exercise into his routine.

A few years down the road, Swepston was at his Eureka Springs home when he noticed something was very wrong.

“I did not feel right at all,” says Swepston. “I felt like someone was strangling me. I called [my wife] and she took me to the Oklahoma Heart Institute right away.”

Tests revealed that Swepston had an aneurysm in his aortic valve and he needed open heart surgery right away.

“My doctor told me I was a miracle,” remembers Swepston. “I really believe that the reason I am alive today is because of the steps I had taken in the years before to make my heart strong enough to survive. It wasn’t easy, but I gave myself the best shot possible and I am alive today because of it, that and my team of doctors.”

Swepston is still sticking to his heart- healthy lifestyle and doing well, after nearly an entire year of recovery.

[pullquote]I had what I would consider a relatively healthy diet before, but I switched to a totally plant-based diet: no meat, no dairy, no eggs,” says May. “I’ve stuck with it for nearly a year and a half now, and I’ve been able to stop taking almost all of the medications.”[/pullquote]While on an eight-mile training run for the 2015 Houston Marathon, Doug May began to feel a strong pressure on his chest and knew something wasn’t quite right.

“I cut my run short at five miles,” remembers May. “My symptoms subsided in about 24 hours.”

Since the feeling went away, he returned to his training regimen, as usual. It wasn’t until receiving an email from his running group, Runners World Tulsa, that May decided he should talk with his doctor. The routine email included reminders about some upcoming events, as well as for May, some life-saving advice on the seriousness of any sort of chest tightness or pressure while running.

“I called my doctor and set up an appointment for the next day,” says May. “He listened to my story and said everything was probably fine.”

But, his doctor set up an in-office EKG just to be sure.

“The EKG showed everything was not fine,” remembers May.

May then immediately went to see a cardiologist who, once again, thought everything would likely be fine. They ran a cardiac CT just to be sure.

“The CT revealed a 100 percent blockage of my LAD,” shares May. “And, blood tests revealed that I had had a heart attack during the long run the week before.”

The diagnosis raised quite a few questions for May.

“Why do I do so much to stay healthy if I’m going to have a heart attack anyway?” May thought. “And, the answer is that my heart would not have been strong enough to survive the blockage without the training. Exercise is better than any pill. Exercise is the only reason I survived the heart attack.

“After a few calls to my wife and some close friends, I headed to surgery at about 1:30 p.m. that same day to have a stent placed to clear the blockage,” explains May.

The treatment plan also required a series of medications, which most people have to take for the rest of their lives. In order to have a chance to get off the medicines, May radically changed his diet.

“I had what I would consider a relatively healthy diet before, but I switched to a totally plant-based diet: no meat, no dairy, no eggs,” says May. “I’ve stuck with it for nearly a year and a half now, and I’ve been able to stop taking almost all of the medications.”

May has also been able to complete the Tulsa Run and the Route 66 half marathon since. At press time he was training for the 2016 Houston Marathon on Jan. 17.

The Home of P.S. Gordon with Julie Chin