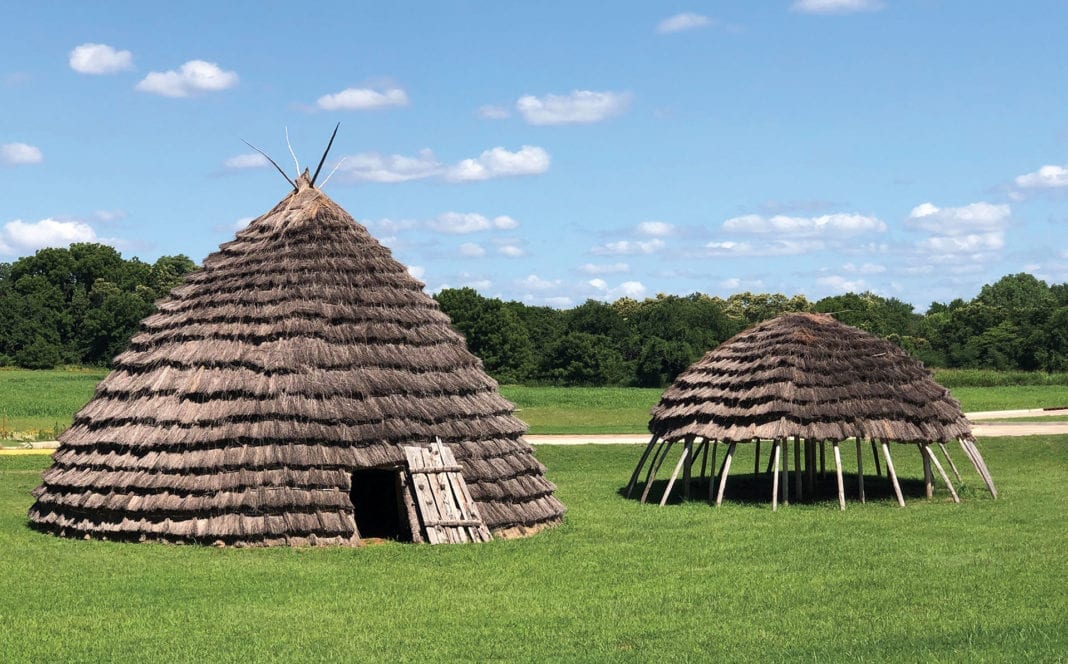 In a state whose very name is a Native American phrase meaning “Red Earth,” one Oklahoma city is notable for playing a major role in the history, government and culture of the state’s Plains Indian tribes.

Anadarko, county seat of Caddo County situated about 80 miles southwest of Oklahoma City, is the tribal headquarters for the Delaware Nation, Apache Tribe and Wichita Affiliated Tribes. Moreover, four other tribes – the Caddo Nation, Kiowa Tribe, Comanche Nation and Fort Sill Apache Tribe – are closely intertwined with the city, with facilities and a large segment of their tribal membership close by. The federal Bureau of Indian Affairs, under the U.S. Department of the Interior, not only has an agency office but a regional office in Anadarko.

According to Oklahoma historian George Shirk’s Oklahoma Place Names, the name Anadarko comes from the Caddo word Na-da-ko, the name of the Caddoan tribes.

Anadarko’s mayor, Kyle Eastwood, estimates that about 50% of Anadarko’s estimated 6,700 residents have some Native American blood, and says tribal culture and business is vitally important to the community. He says the city’s main focus right now is on tourism.

“We have a lot to offer someone wanting to immerse themselves in tribal culture,” says Eastwood.

The ongoing COVID-19 pandemic is dampening those efforts. Eastwood says the city has imposed a mask mandate locally since the early days of the pandemic.

“I think we have fewer cases but can’t prove it,” he says. “The science is pretty clear that it helps. It’s not perfect, but it helps.”

Nevertheless, officials with one of Anadarko’s main annual events dedicated to Native American culture – the American Indian Exposition – canceled what was going to be the 85th annual event in August. For more normal times, however, Eastwood extends an invitation to anyone interested to visit Anadarko, where an abundance of information awaits in the city’s museums, artifacts, murals and people.

The Interior Department operates a major museum – the Southern Plains Indian Museum – that, in normal times, offers an array of exhibits from western Oklahoma tribal culture, rich in variety, depicting clothing, shields, weapons, baby carriers, toys and other items. The museum has been closed for several months due to COVID-19, but leadership hopes to open it up soon.

Adjacent to the museum is a ten-acre drive-through park that houses the National Hall of Fame for Famous American Indians, displaying sculptured busts of historical Native American figures.

The City of Anadarko offers its own free-admission museum, housed in the city’s former Rock Island Railroad station. The museum, also closed at present, is operated by the Anadarko Philomathic Club. Betty Bell, a member of the club, says that visitors can peruse exhibits that include railroad memorabilia, photographs of early Anadarko settlers, historic Native American relics, Civil War documents and old military uniforms.

Bell encourages visitors to check out not only the museums but also the downtown post office, located on S. First Street, where lobby visitors can view murals painted by local artists.

According to the city’s website, Anadarko has adopted an American buffalo as its mascot, in a tribute to the species of bison that once roamed the area in massive herds. Images of the mascot can be found in various places within the city.

A Waterway to the World

If Only Ancient Rocks Could Talk