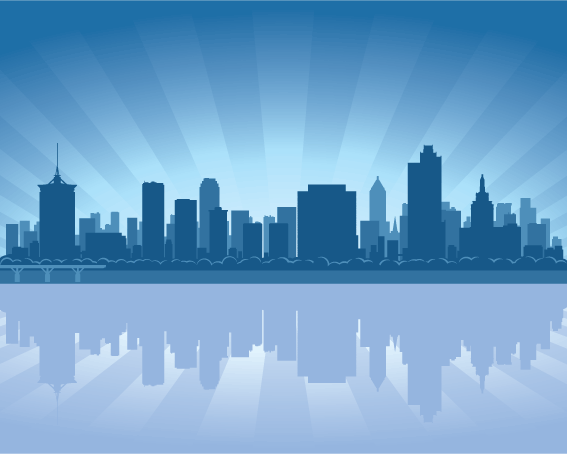 For decades, young people flocked to the suburbs, drawn by low costs of living and ample square footage. Now they are flocking to downtown with aspirations of a corner apartment three blocks from work. According to Shannon Bryant, a research analyst for Ad-ology, more Millennials than not are opting to live in urban areas over the suburbs or rural areas. In fact, according to research, “[Millennials] are currently living in these urban areas at a higher rate than any other generation, and 40 percent say they would like to live in an urban area in the future,” Bryant says. “As a result, for the first time since the 1920s, growth in the U.S. cities outpaces growth outside of them.”

A recent survey of the most active members of Tulsa’s Young Professionals confirmed what Bryant and other researchers have been telling us: Young people love downtown. Sixty-eight percent of our active members say the vibrancy of a city’s downtown is either “very important” or “important” in choosing a city in which to seek employment.

This has created a new, harsh reality for cities hoping to survive the 21st century. As Baby Boomers retire, regions with vibrant urban cores will thrive; regions without them will wither away.

Like other major cities, Tulsa demolished many of its historical downtown buildings in favor of surface parking lots decades ago. Since then, major cities across the nation have instituted policies to spur the replacement of surface parking with developments that bring visitors and residents, boost the tax base and improve overall health by encouraging walking. Meanwhile, cities have satisfied their downtown parking needs with street parking, structured parking and public transportation.

Tulsa has been slower than most cities in redeveloping its urban core. Indeed, it was recognized last year in an online competition as the worst city in America for the proliferation of surface parking in its downtown, earning Tulsa the “Golden Parking Crater” award.

That was a wakeup call: The endless stretches of surface parking you see in parts of downtown are simply not normal. Surface parking is an eyesore. It generates no sales tax; it lowers the value of surrounding property and adds nothing to the character and quality of our urban core.

That’s where TYPros comes in.

Every year, our volunteers give their time to transform a specific neighborhood of Tulsa to illustrate what Tulsa can become when the community creates the change it wants to see. Street CReD, the brainchild of TYPros’ Urbanist Crew, is based on the principle that when no area of Tulsa is neglected, the entire city benefits. It has become the organization’s most popular, impactful event of the year, drawing hundreds of participants and generating excitement for redevelopment that has lasting positive effects.

This year’s Street CReD may be the most exciting yet: It’s all about downtown. We will focus on southern downtown – an area between the South Boston and Art Deco districts with enormous but sorely unrealized potential. Our new effort is modeled after the “open streets project,” a national movement to encourage the use of streets for walking, playing, bicycling, dancing and socializing. On May 4, a mile of city streets in southern downtown will be closed temporarily to allow for a host of activities that will encourage people to leave their cars and experience downtown on foot, bringing focus to the need for a walkable shopping, nightlife and entertainment district here. Street CReD will prove the value and attraction of pedestrian-based development over vehicle-based development in the heart of an area dominated by surface parking.

Tulsans have supported downtown redevelopment because downtown is what unites us all; it’s a source of pride no matter where in our region you live. It’s what sets Tulsa apart from other cities. And at the end of the day, it’s just plain cool. Recent successes in the Brady, Blue Dome and East Village districts are fantastic steps in the right direction, but southern downtown has been left out of the conversation until now. Tulsa needs a fully vibrant urban core to attract and retain young, skilled workers, not just pockets of vibrancy.

Through efforts like Street CReD, TYPros is leading the way in ensuring Tulsa remains attractive to young creative talent.