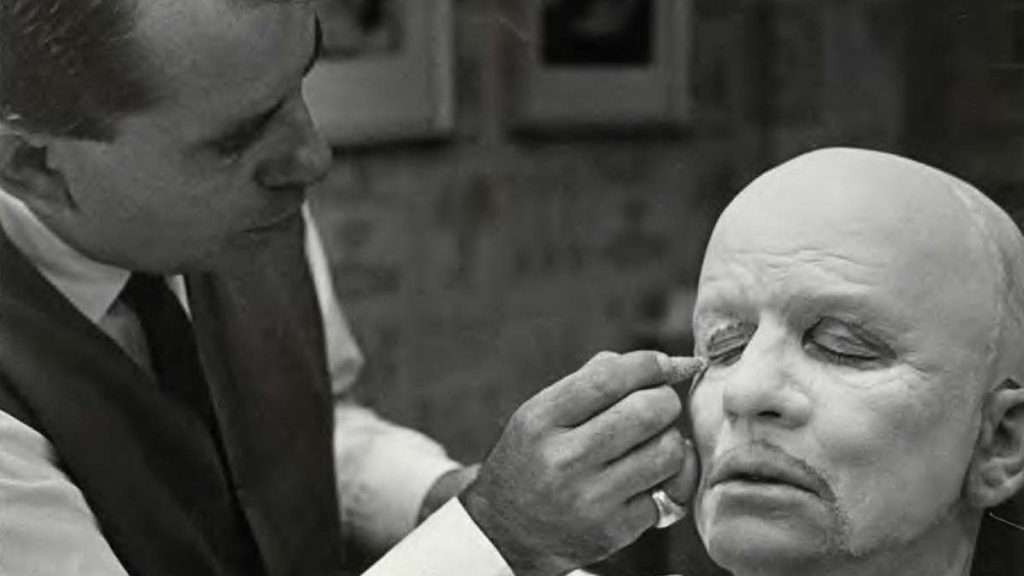 As I’ve written before in this space, I’m a monster kid, one of that legion of youngsters – mostly boys – who grew up in the late 1950s and early ’60s, when fictional horror was a rich and priceless commodity.

As pre-teens and teens, we gobbled up all the scary stuff our culture had to offer: television shows like The Twilight Zone and The Outer Limits, low-budget but exciting feature films chock-full of teenage monsters, British bloodsuckers and giant radioactive creatures; movie magazines, including the seminal Famous Monsters of Filmland; and newsstand paperbacks that introduced us to great horror writers like Robert Bloch, Ray Bradbury, Charles Beaumont and Richard Matheson.

We inhaled it all like the Milk Duds and Jujubes we sucked down during double features at the local picture show – and then went out looking for more.

Why were we so insatiable when it came to being scared? Some have suggested that the ’50s A-bomb threat, with all the school-drill ducking and covering and Russian saber-rattling, had something to do with it. Others have traced it to the rise of divorce and broken families. Fictional scares, after all, make real-life terrors a little easier to take.

Whatever the reason, once you became a monster kid, you often signed up for life. I know I did. Much of what I still write, even at my advanced age, has what used to scare me – or thrill me, which was pretty much the same – at its core. (This includes my collaboration with noted film writer Michael H. Price on the Forgotten Horrors series of movie books, along with our podcast of the same name, plus novels like my latest, Seventh Sense [Babylon Books], written with my longtime friend Robert A. Brown.)

My taste in feature films hasn’t changed very much, either; I still like the good old black-and-white stuff that grabs you and holds you without relying on buckets of gore to do the job.

And that brings us to The Night Walker, a 1964 feature scripted by the aforementioned Bloch and produced and directed by William Castle, the monster-kid favorite responsible for the likes of the original 13 Ghosts (1959) and House on Haunted Hill (1960). Although he was most famous for the gimmicks that accompanied his pictures – the “Illusion-O Ghost Viewer” given to 13 Ghosts audiences, the inflatable skeleton that circled the ceilings of theaters at the conclusion of House on Haunted Hill, the buzzers attached to seats during showings of 1959’s The Tingler – The Night Walker had no such trappings.

Not that it needed them.

At 15, I saw the picture more or less first-run at the Yale Theatre in Claremore. I believe my brother was with me. I know my friend Rob Garis was there because, as he was making his way back to his seat, a scene appeared that caused him to launch the contents of a jumbo cup of Dr Pepper (ice and all) up in the air. It splattered all over the aisle’s worn carpet and a couple of patrons as well. I won’t describe in detail what caused his reaction, but it involved star Barbara Stanwyck and a surrealistic marriage ceremony full of waxen figures, a completely bloodless episode that nonetheless chills me to this day.

Stanwyck’s character is married to a wealthy, blind inventor who manages to blow himself up in a laboratory accident – or does he? His apparently ghostly presence throughout the picture makes for another high spot, and his post-explosion makeup is graphically creepy.

The role was played by veteran actor Hayden Rorke, who was only a year or so away from TV stardom as the blustery Dr. Bellows on I Dream of Jeannie. That’s how most people remember him. But from the time I first took in The Night Walker, Rorke would always be, to me, Stanwyck’s otherworldly spouse, the horror presence in a film I loved.

Then, some seven years later, I met the monster.

This was in 1971, a time well before the days of movie and TV stars showing up at conventions, meeting fans and signing photos for money. For most of us, Hollywood was a remote, magical land, a near-mythical exporter of dreams to screens big and small.

I was luckier than most, however. My friend Steve Olim (the background actor I wrote about in the January 2017 Oklahoma Magazine) had managed to spend a couple of his summers away from Oklahoma State University by working in the makeup department at Columbia Pictures. And since I was headed for active duty in the Navy in a few months, he approached me with the idea of our going to Hollywood for a week or so and visiting his old haunts. It sounded great to me … and it was.

Olim had worked a lot on the set of Bewitched, so we got to hang out with star Elizabeth Montgomery and to see her play a scene on a classroom set with Allen Jenkins, the great old Warner Bros. character actor. We also watched an installment of The Partridge Family being shot and got VIP seating for an episode of The Dean Martin Show. The latter came courtesy of actress-singer Kay Medford, a regular on the program who even offered to give us a ride back to our hotel.

Olim didn’t know Medford well, but she was a close friend of an actor who had befriended him during his two summers at the studio, and it was that man who had not only helped arrange the Dean Martin tickets for us, but also asked us to his home for cocktails.

Maybe you’re not surprised to know that he was Rorke, whom Olim had met on the set of I Dream of Jeannie.

Rorke had started making his mark on film and television in the early ’50s, and there was definitely an aura of Old Hollywood around him, beginning when he greeted us at the door of his home wearing a maroon smoking jacket. He then showed us a whole room full of framed, autographed pictures from many of the biggest stars of the ’50s, ’60s, and ’70s. We also met director Justus Addiss, who lived with Rorke; later, we found that the two had been intimate companions for decades. (In those unenlightened times, Olim and I were amused by the cocktail napkins that read, “Hayden & Jus.”)

It was one of the best afternoons of my life – sipping drinks and listening to Hayden and Jus tell stories about filmmaking and the theater. At one point, they brought out old photos, including one from a stage version of White Cargo from the early ’40s, directed by Addiss and featuring Rorke and the exotic dancer Ann Corio.

After I mentioned my affinity for The Night Walker and his character, as well as my ambition to write horror books and movies, Rorke brought out an album full of 8×10’s from the film and then, rather offhandedly, said: “I’ve got a couple of duplicates. Would you like to have them?”

I’m sure my enthusiasm was evident. But it cranked up a couple of notches when he added, “Would you like for me to sign them for you?”

It’s been nearly a half-century since I sat in that living room with my pal Steve, while scarcely believing my good fortune, as the actor who had chilled me to the bone in one of my favorite films autographed a pair of stills from that very picture.

Even now, the old monster kid in me gets a little thrill every time I read what he wrote beside a closeup shot of his monstrous face:

To John – Here’s hoping I have the pleasure of being in your first horror film.