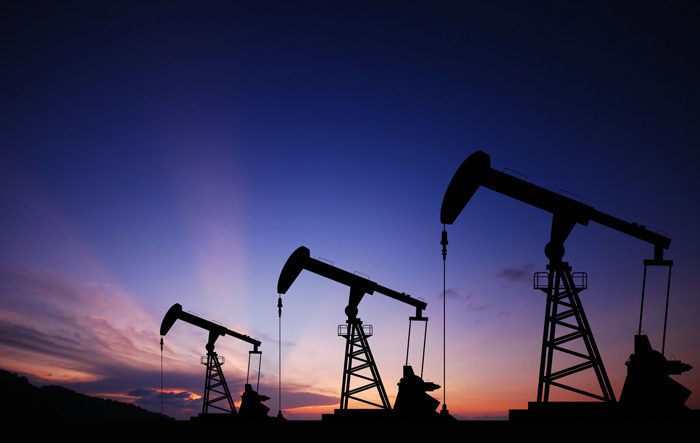 [dropcap]The[/dropcap] independent oil and natural gas industry has been and will continue to be the backbone of Oklahoma’s economy, says Cody Bannister, vice president of development and communications at the Oklahoma Independent Petroleum Association.

“Because Oklahoma has a long history as an oil and gas state, we have developed a network of oil and gas support operations that allows much of the spillover economic activity to be captured by the state,” says Evans. “In total, the industry likely has a role in somewhere between one out of every three dollars and one out of every four dollars of Oklahoma gross state product.”

Just a decade ago, Oklahoma’s oil and natural gas industry was dominated by marginally producing wells and the companies across the state that managed them, says Bannister.

“Oklahoma’s historic oil and gas fields were considered all but depleted, and the integrated companies and the largest independents focused their attention offshore and in other parts of the world,” says Bannister.

And then everything changed.

[pullquote]Independent producers account for 96 percent of the crude oil and 88 percent of the natural gas drawn from the Oklahoma ground.”[/pullquote]The shale gas revolution was sparked by the pioneering use of hydraulic fracturing in the Barnett Shale. Oklahoma companies like Chesapeake, Devon and Continental applied that same technology with horizontal drilling in shale formations like the Woodford, the Marcellus, the Haynesville and the Bakken, unlocking a multi-generational supply of natural gas and the largest American crude oil discovery in the past four decades, Bannister explains.

Now, the technology pioneered in the Barnett and perfected by Oklahoma oil and natural gas producers in basins across the United States is being used to inject new life into our state’s historic oilfields, says Bannister.

Oil production in Oklahoma has nearly doubled since 2005, reversing three decades of declines in the state and reaching output levels not seen since 1990, he says.

The increased activity in the oilfield has overflowed into other parts of Oklahoma’s economy: Manufacturing, service industries and retail have all seen significant boosts in recent years, and Oklahoma’s unemployment rate, especially in the counties that overlie the producing areas listed above, is one of the lowest in the nation.

In Oklahoma, independents are the leaders of the state’s oil and natural gas industry, says Bannister. They range in size from large, publicly traded companies to small mom-and-pop businesses where work is done out of the front seat of a pickup and around a kitchen table.

Generally speaking, an independent oil and gas company is one whose primary revenue source comes from the upstream production and sale of crude oil/natural gas (or NGLs, etc.), explains Evans.

Independent producers have called Oklahoma home since the first days of the state’s oil and natural gas industry a century ago. Some of those early-day producers are still in operation today, with third-and fourth-generation oilmen leading them.

Other companies are brand new, led by young entrepreneurs who have seen the benefits the oil and natural gas industry can offer and are willing to take the financial risk necessary to become a part of it, says Bannister.

“The true beauty of Oklahoma’s independent oil and natural gas industry is that anyone can be a part of it,” says Bannister. “There is no special training required, although most are highly educated as geologists, engineers, land specialists or business entrepreneurs. There is no board that says yes you can or no you can’t be an oil and natural gas producer.

“As long as you have the willingness to take the risk and the fortitude to withstand the ups and downs of the energy industry, anyone can drill a well and produce oil and natural gas in Oklahoma,” he adds.

Oil and natural gas is produced in 70 of Oklahoma’s 77 counties.

“Independent producers account for 96 percent of the crude oil and 88 percent of the natural gas drawn from the Oklahoma ground,” says Bannister. “Those same producers, mainly small, family-owned companies, use the majority of their earnings to drill wells and employ fellow Oklahomans.”

Recent downturns in crude oil prices have dampened activity in Oklahoma’s oilfields, but ebbs and flows of commodity prices are a part of the oil and natural gas business, says Bannister.

Plummeting oil prices seem like good news for U.S. consumers, who are paying less at the pump than they have in four years. But cheap crude has its drawbacks – from undermining domestic oil production, to discouraging investment in new energy sources.

A Study in Style