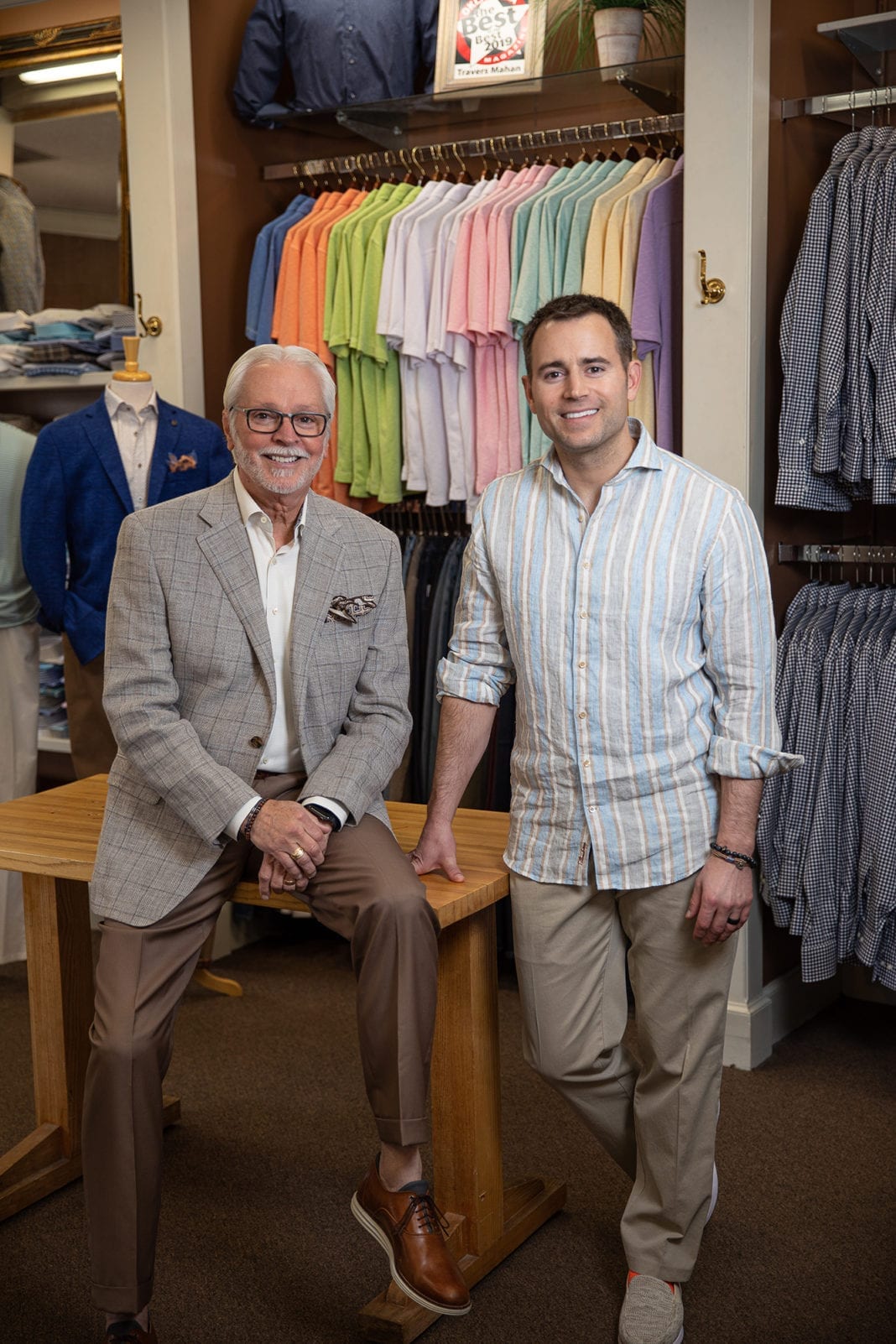 Family owned and operated since 1992, Travers Mahan Apparel at 8146 S. Lewis Ave. in Tulsa has seen its fair share of ups and downs. But owner and namesake Travers Mahan wouldn’t change a thing about it.

He and his wife, Laurie, opened up shop after decades as manufacturing representatives, where they sold products to small stores just like the one they would later own.

By the early 90s, “things were slowing down in the economy and I realized that my children were getting older,” Mahan explains, “so we made this decision for me to retire from the road. We started the store in our dining room with good friends, and the circle got bigger and bigger.”

Using the contacts and lessons they learned in the manufacturing business, the Mahans turned an at-home endeavor into a successful clothing retailer. They now employ a small but mighty staff that includes their son, Tanner.

Now more than ever, Mahan stresses the importance of shopping local.

“Local businesses, whether it’s a little hardware store, a salon, a restaurant or clothing store like ours; they are the backbone of every city and town,” he says. “It’s what perpetuates business. It’s vitally important to the economy of every town.”

While owning a small business always has its stressors, Mahan feels lucky to be in his position.

“I can’t remember exactly how got here, but I know that without the grace of God, we wouldn’t have been here this many years,” he says. “We’ve been through a lot and we’ve made it through every time.”

Weathered in a Good Way