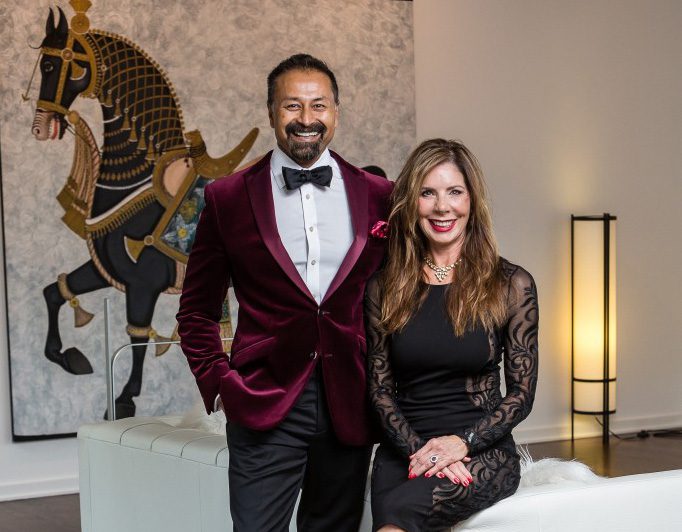 [dropcap]A[/dropcap] 20-year anniversary represents a milestone, so an event helping thousands of people over those two decades takes on added significance.

Raj Basu, co-chair of the 20th Red Ribbon Gala, recognizes that the primary fundraiser benefiting Tulsa CARES and those with HIV/AIDS can prompt mixed feelings, but any sorrow associated with the reasons behind the need is trumped by generosity and kind spirits.

“On the one hand, I wish there wasn’t a need for the gala,” says Basu, whose wife, Rebekah Tennis, is the gala’s other co-chair. “On the other hand, it’s heartwarming to see people give of their purses and their time. We’re doing so much to help that it’s mind-boggling.”

The March 4 gala anticipates 600-700 guests with a goal of raising more than $1 million, a far cry from the 300 guests and $725 raised 20 years ago. Basu says today’s lofty numbers reflect changes within Tulsa County regarding HIV/AIDS and the increased awareness and education promoted by the gala and Tulsa CARES.

“People don’t see this as a dirty disease,” says Basu, vice president of student affairs at Oklahoma State University-Tulsa, “but there’s still a stigma attached to HIV/AIDS. On social media you’ll see a person post about cancer or a knee operation. You don’t see a post that says, ‘Hey, I found out that I have HIV/AIDS.’ So my passion is to reduce the stigma. It’s not about one particular group. It’s a disease.

“We’ve come a long way in 20 years, and the barriers are breaking down, but we’re not where we need to be.”

Tennis is the counterpunch in this husband-wife, “two-pronged attack” for the gala. As a fitness trainer at St. John Medical Center, she focuses on health and wellness. She says Tulsa CARES “helps the person with HIV/AIDS through educating that person on living better, living healthier.”

In early 2016, Tulsa CARES opened its Charles Faudree Center, built with money from the gala, and increased its caseload from 450 clients to 610 “and we already need more space,” board chairman Ty Kaszubowski says. The facility has expanded its mental-health therapies, diversified its support groups, coordinated clients’ health care, assisted with searches for health insurance and helped with housing and utility deposits. Amanda Swope, resource development coodinator, says Tulsa CARES would like to become “the all-encompassing circle of care for those with HIV/AIDS,” so it will soon offer free testing and screening for everyone and have a nurse practitioner on-site several times a month.

The theme of the 2017 gala is Untied-United. Basu says those words’ acronymic symbolism help people move away from the myths of HIV/AIDS.

“When you’re untied from the misperceptions and prejudices of the past, we can be united to fight the disease,” he says.

Basu also reminds everyone that “this is the most glamorous party in town. If you’re understated, you have to stay home.”

After a cocktail hour, dinner and auction, the nine-piece big band Grove Merchants, from Oklahoma City, will perform for the second year in a row.

The gala’s honorees will be Sanford and Irene Burnstein, whose foundation and family have donated hundreds of thousands of dollars to the event. Sanford Burnstein founded Omni Air Transport in 1983. The Burnsteins’ son, Dan, president of an Omni division, and their daughter and son-in-law, Kim and Rob Coretz, have long been active with Tulsa CARES, which “is in the family, so to speak,” Sanford Burnstein says.

Basu says the Burnsteins initially did not want to be named as honorees “because they’re so humble,” but the 20-year personal relationship that Tennis has with Irene Burnstein made the difference.

“She’s funny and she has a good heart,” Tennis says. “I always listen to her.”

The Face of Plastic Surgery