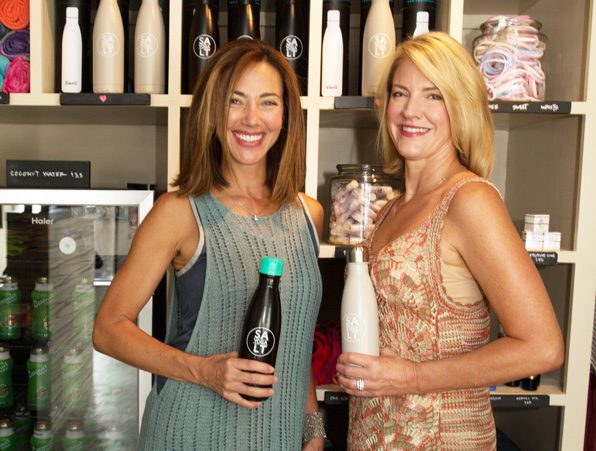 [dropcap]“[/dropcap][dropcap]We[/dropcap] wanted our studio to act as salt, which is to positively impact the people that come here,” explains Michelle Fail, a co-owner of SALT Yoga Tulsa.

Salt is a protectant, a cleanser, a healer and an agent of change. Through SALT, owners Fail and Teresa Gawey look to be the agent of change through every aspect of the studio.

Walking inside, visitors are instantly met with an all-encompassing Zen spirit.

“A lot of our clients tell us this is their sanctuary,” Fail says. “Our studio is truly a no-judgment zone. … Over our door says, ‘no shoes, no phone and no ego.’ Nobody is here for competition, nor the stress the competition brings.”

The inception of SALT began with a friendship between Gawey and Fail. The two had practiced yoga for years and eventually decided to open their own yoga studio, one that was based around the clients’ needs. Their goal wasn’t to imitate other studios, but to be the best studio and provide the best environment.

What makes SALT unique is that Gawey and Fail aren’t instructors. Gawey says they want to be able to see their business through the client’s perspective, ensuring that clients have the best yoga experience possible.

“It keeps us, as owners, very sharp on how we can improve the SALT experience,” Gawey says. “It’s not about the instructors’ needs, it’s about the clients’ needs. It allows for an honest conversation of their classes. And the instructors are always open to hearing the client’s opinion.”

Like everyone else in the SALT community, instructors are personable and approachable. Gawey says they wanted to choose instructors that were passionate about teaching yoga at a client-based studio.

What also makes SALT unique is its location in Utica Square. The shopping center is centrally located and provides its own friendly environment, which complements SALT.

“It was important to be located in a place that is loved by Tulsans and a place that has great tradition of family, and just overall a welcoming community,” Gawey explains.

“We really wanted to reach everyone, and Utica Square is so accessible. And it was really an attempt to bring yoga to people who maybe wouldn’t go to a yoga studio, but because of the reputation of Utica Square they would be more willing,” Fail adds.

“It makes a huge difference in hot yoga. Blowing hot air can be rather hazardous to one’s health with all the germs in the air. With the infrared panels, the heat goes straight to your muscles, which feels amazing,” says Fail.

“The panels act as the sun, heating objects below it, and not the entire room. That’s another thing that is unique about SALT,” adds Gawey.

The reception to SALT has been a good one. Along with a new partner, Holly Roush, Gawey and Fail’s SALT journey has continued at 8931 S. Yale Ave. Though SALT South stays true to the brand with its friendly and tranquil atmosphere, the studio is larger.

“We, of course, wanted SALT South to have that same feeling of a peaceful, tranquil refuge, but we wanted the studio to have its own personality,” Gawey says.

“It has all of the same standards, but we felt it was really important that we let SALT South build their own community, and South truly does have their own tranquil vibe,” Fail says.

The Face of Construction Companies