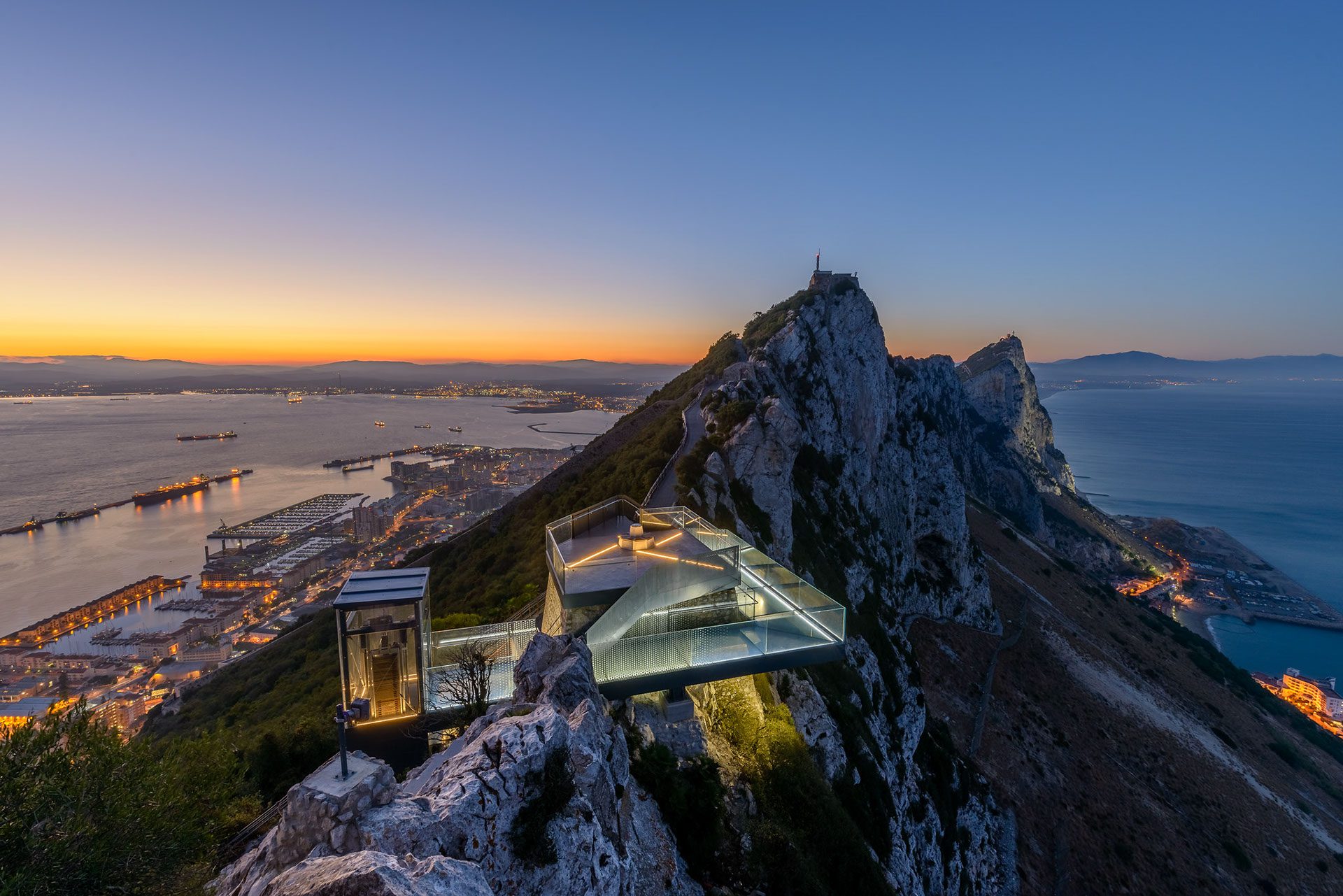 When you think of Gibraltar, you might envision the emblematic rock. The monolithic limestone promontory on the Iberian Peninsula is steeped in history. However, this British enclave is much more than its significant landmark. Gibraltar is the southernmost tip of Spain, but also the southernmost point of Europe. When people refer to something being “like the rock of Gibraltar,” they are referring to something being very solid and formidable. This territory encapsulates that definition well.

The name Gibraltar is a combination of the Arabic words jabal and tar, from Tariq, since it was also called the “mountain of Tariq.” (Tariq ibn Ziyad was the Berber commander who led a conquest in 711 A.D., crossing the Strait of Gibraltar.) Eventually, the Spanish and Anglicized name Gibraltar became the territory’s moniker.

The defining imagery of the rock comes from the mythological label naming it one of the pillars of Hercules – the other pillar being on the North African tip of Morocco, just across the strait. As far as the ancients knew, the world ended at Gibraltar. To complete the twelve labors, Hercules needed to cross the mountain that was once called Atlas. Rather than ascending the mountain, he smashed through it – connecting the Atlantic Ocean to the Mediterranean Sea, thus forming the strait. It’s said that Hercules manually pulled Africa and Spain apart, which formed the Moroccan mountain of Jbel Musa.

Beaches, cave rappelling, festivals and concerts are some of the many tourist activities offered in Gibraltar.

This writer’s favorite was experiencing the delicacy of Rabo de Toro (tail of the bull) for the first time. Imagine the snug and exotic Moorish-style tiled restaurants with slabs of jamon dangling from the ceiling. Driving around the mountainside in search of the famous Barbary macaques is another adventure; they are the only free-roaming monkeys in Europe, and their mischief includes swiping hats off of tourists’ heads. The Macaque Experience allows tourists to observe the monkeys in their natural habitat.

After a short ferry ride, tourists can enjoy daytrips to Morocco’s meandering souks, or cross the border onto Spain’s mainland. Spotting wild dolphins and admiring scenic sunsets across the strait should be added to your itinerary. Don’t forget about duty-free shopping; Gibraltar’s known for its shops.

Skywalk offers 360 degrees spanning three countries and two continents. Viewing Spain, Morocco and Gibraltar all at once from the top of Upper Rock is a boast-worthy factoid. Where Europe “meets” Africa is essentially the vibe that you’ll feel there. For example, on Sandy Bay Beach, the golden sand is a “souvenir” from the Sahara desert when Gibraltar broke off the African continent. Soak up the sea even more at the Sunborn 5-Star Yacht Hotel Casino Resort.

Gibraltar has reportedly attracted celebrity attention from the likes of the Rolling Stones and Marianne Faithfull. Most famously, Gibraltar was the marriage spot of John Lennon and Yoko Ono. Before their famous honeymoon bed-in beseeching world peace, they flew to Gibraltar to be married quickly in a ten minute ceremony. Apparently, it was the only place that could marry them on such short notice.

“We went there and it was beautiful,” said Lennon. “It’s the Pillar of Hercules, and also, symbolically, they called it the End of the World at one period … but they thought the world outside was a mystery from there, so it was like the Gateway to the World. So we liked it in the symbolic sense, and the Rock foundation of our relationship.”

The Chrysalis of Cuba