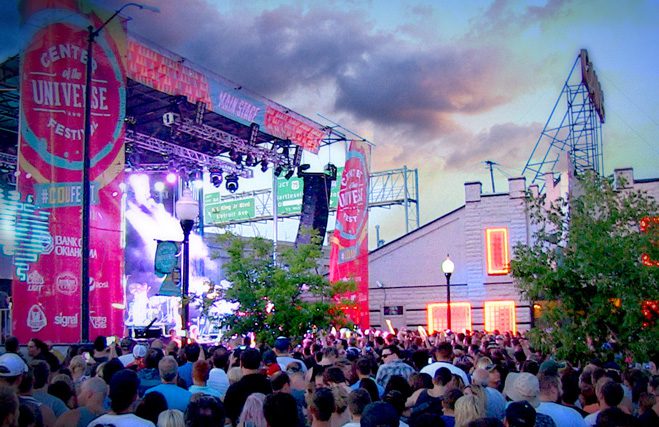 The list of unbelievable talent that will be at this year’s Center of the Universe Festival in Tulsa makes spending $70 for a general admission weekend pass or $40 for single day admission well worth it. For two days, the Brady Arts District turns into a music haven with more than 100 artists sprawled across outdoor stages and inside downtown venues, and a festival wristband gets concert-goers in front of every stage and every artist. Featured artists on this year’s main stage include Panic! At The Disco, Three Days Grace, Kongos, American Authors, Misterwives and Minus The Bear. The main stage after-party will rage with GRiZ and Tycho; the Bank of Oklahoma stage at Guthrie Green welcomes Bear Hands, Big Sam’s Funky Nation, Chappo, Dale Earnhardt Jr. Jr., Horse Thief, Milo Greene, Mother Mother and Roxy Roca; and on the Oklahoma Showcase stage, Elms, Jabee, Noizmekka, Paul Benjamin Band, Red Dirt Rangers, Taddy Porter and We The Ghost are scheduled to perform. For more information, visit www.centeroftheuniversefestival.com.