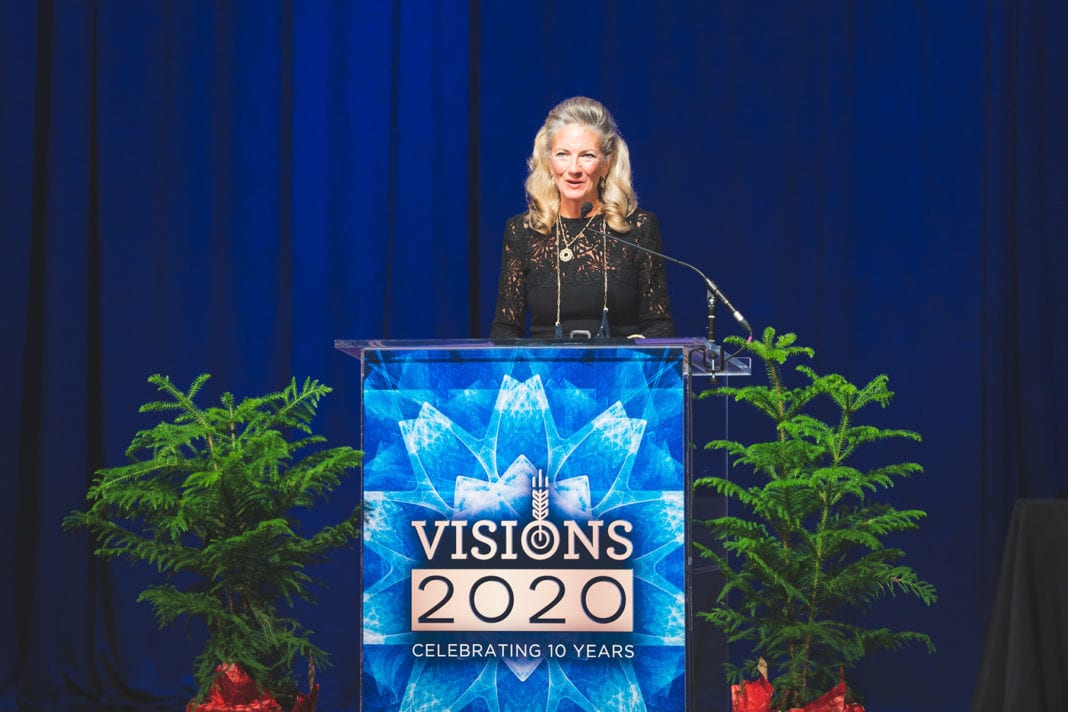 Marnie Taylor, chief executive officer of the Oklahoma Center for Nonprofits, has always been a “roll-up your sleeves and get to work” type of person, she says.

Taylor earned a degree in advertising from the University of Notre Dame … only five years after women became able to attend the university. There, she developed skills that helped her in achieving success in the nonprofit world.

“I was flying around the country working with national ad agencies and businesses,” she says. “It created a really strong basis within me that felt like I could do just about anything.”

After Taylor’s husband, once a lobbyist for the McDonald’s Corporation, got a new job at Phillips Petroleum, they moved to Oklahoma, where they’ve now lived for 40 years.

“I’m very dedicated to making wherever I am better,” says Taylor. “I quickly learned that Oklahoma was very welcoming to that.”

Taylor joined the Junior League of Oklahoma City when she first arrived, which taught her important information about the nonprofit sector, specifically in board governance, leadership and nonprofit functionality.

Taylor sought training from multiple national organizations as well as the OCFNP, an organization she now presides over.

“I was on the board at the Center for five years before my predecessor resigned,” she says. “Before she left, she told me I should apply for this job.”

Now, after 11 years as CEO, Taylor believes she made the right decision. When she started her position at OCFNP, they had 25 member organizations; now, they have 1,000, she says.

Taylor strives to know the nonprofits the center is working with and still enjoys teaching classes on nonprofit functionality and governance, consulting with the organizations and coaching them towards success.

“I have probably made every wrong decision possible along my career path before,” she says. “So I feel like I have a depth of knowledge that can be really helpful.”

On the horizon for the OCFNP, they have begun detailing plans and ideas for a new headquarters in Oklahoma City, which can accommodate a larger training and teaching area for the member organizations.

“Eight thousand individuals came to one of our classes last year,” says Taylor. “If that many people are coming to our classes, then we are doing what we should be doing, which is building up our sector to become stronger.”

COVID-19
and the Center

Since the onset of the COVID-19 pandemic, OCFNP has had a shift in priorities.
“My team has been incredibly innovative,” says Taylor. “My key to success is only hiring people smarter than me.”
Every Wednesday, the center has an open call for the sectors that are involved with the OCFNP, Taylor says. This call always involves an expert speaker providing information for the nonprofit organizations. These calls began early 2020, and were heavily COVID-19 related up until recently, when a shift occurred to start involving other information like mental health help for medical professionals.

A Lifetime of Giving Back

A Heart for Helping