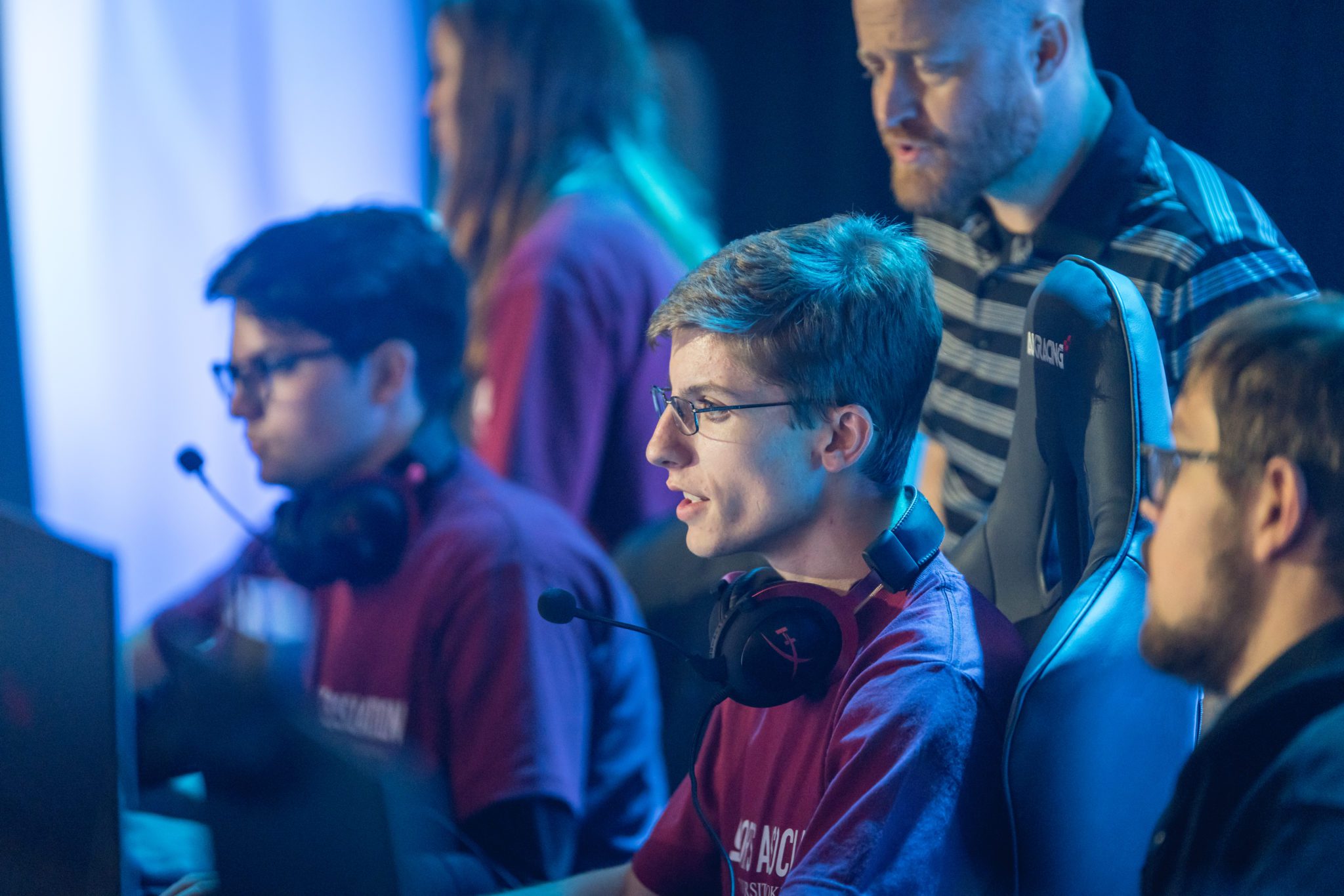 E sports have booted up in a big way in Oklahoma.

Last fall, Oklahoma City University unveiled its new Esports Management degree program, the first in the state. Elsewhere, the University of Oklahoma, which has several classes devoted to esports, received an anonymous, $100,000 donation to the OU Foundation for the benefit of the school’s Department of Esports and Co-Curricular Innovation.

In September, OCU facilitated the inaugural meeting of the Oklahoma Association of Collegiate Esports, whose membership includes OCU, Oklahoma State, Southwestern State, Rogers State, Oral Roberts and a variety of others. At the meeting, the association brainstormed about intrastate tournaments, industry workshops and professional conferences. OCU plans to organize the first OACE tournament on the weekend of Oct. 10, when members will either compete or stream and shoutcast (or sportscast) the events.

The state abounds with passionate esports leaders, including Mike “Moog” Aguilar, OU’s director of esports and co-curricular innovation and founding advisor of the OU Esports Club.

“Gaming and esports communities and energy have been around for decades before the current elevated awareness,” he says. “The world is just finally taking notice.”

Oklahoma colleges with esports programs will also have a developing base of gamers. As many as 26 Oklahoma high schools have established esports teams, which will compete for a state title.

To guide the OCU team, the school brought in Paul Vaughan from Idaho as the team coach a year ago. He worked with OCU faculty to boot up the program and is charged with developing team and leadership skills for the players.

At OU, Aguilar says the school’s esports started innocently enough in 2016 when a staffer asked: “What is Twitch?” By 2017, OU debuted its first esports event to gauge interest. Today, the program has grown to more than 1,500 members, making it the university’s largest student organization. OU created the Department of Esports and Co-Curricular innovation last September.

“The old story in the esports journey is that higher education is designed and should be focused on innovation and creating professionals for industries of today and tomorrow,” says Aguilar.

The OU scholarships, known as the Solidus Scholarships in tribute to a late student who pioneered OU’s gaming programming, are available to students who demonstrate leadership and enthusiasm for the gaming industry. The department also offers two additional scholarships to underrepresented groups (first-generation college students and women).

“These new scholarships are a milestone for our program and are a direct result of our students working to advocate for and strengthen our esports program,” says Aguilar.

Rogers State in Claremore became the first state university to offer competitive video gaming as an official school activity. The school fielded its esports team in fall 2017 and in fall 2018, the team was launched. The school is awarding 25 scholarships in the form of housing, fee and tuition waivers.

“The school is 100% backing this,” says Shane Holloway, Rogers State esports coach. “If you’re looking at most students and most kids nowadays, they play some sort of video game. So, if your university has a program they can feel a part of … that’s just a big plus for the university.”

At OCU, Beth Adele, mass communications professor, and Jeff Price, the school’s esports director, crafted the program in 2019. Adele sells the programs to prospective students and Price shapes the team. Adele said she makes segments of the OCU esports curriculum relatable to parents and students and directs them to the real demands of the industry.

“I knew the recreational side of things with esports, but my eyes have certainly been opened to the professional and competitive side,” she says.

On a professional scale, Equinox Sports announced in October that it will be the first pro esports organization to represent Oklahoma. Equinox’s goal is to cultivate esports gamers to compete on a higher scale.
Prominent gamers in the esports industry earn millions of dollars through online streaming, competition prize money and brand sponsorships. Worldwide esports gambling revenue is expected to double this year to about $14 billion, according to global consumer surveyors 2CV and market analysts ProdegeMR. Streaming platform Twitch surpassed 1 trillion minutes watched in 2020 and averaged 2 million viewers at any given moment, according to The Esports Observer.

A Legacy of Excellence

Off the Streets Through Open Doors