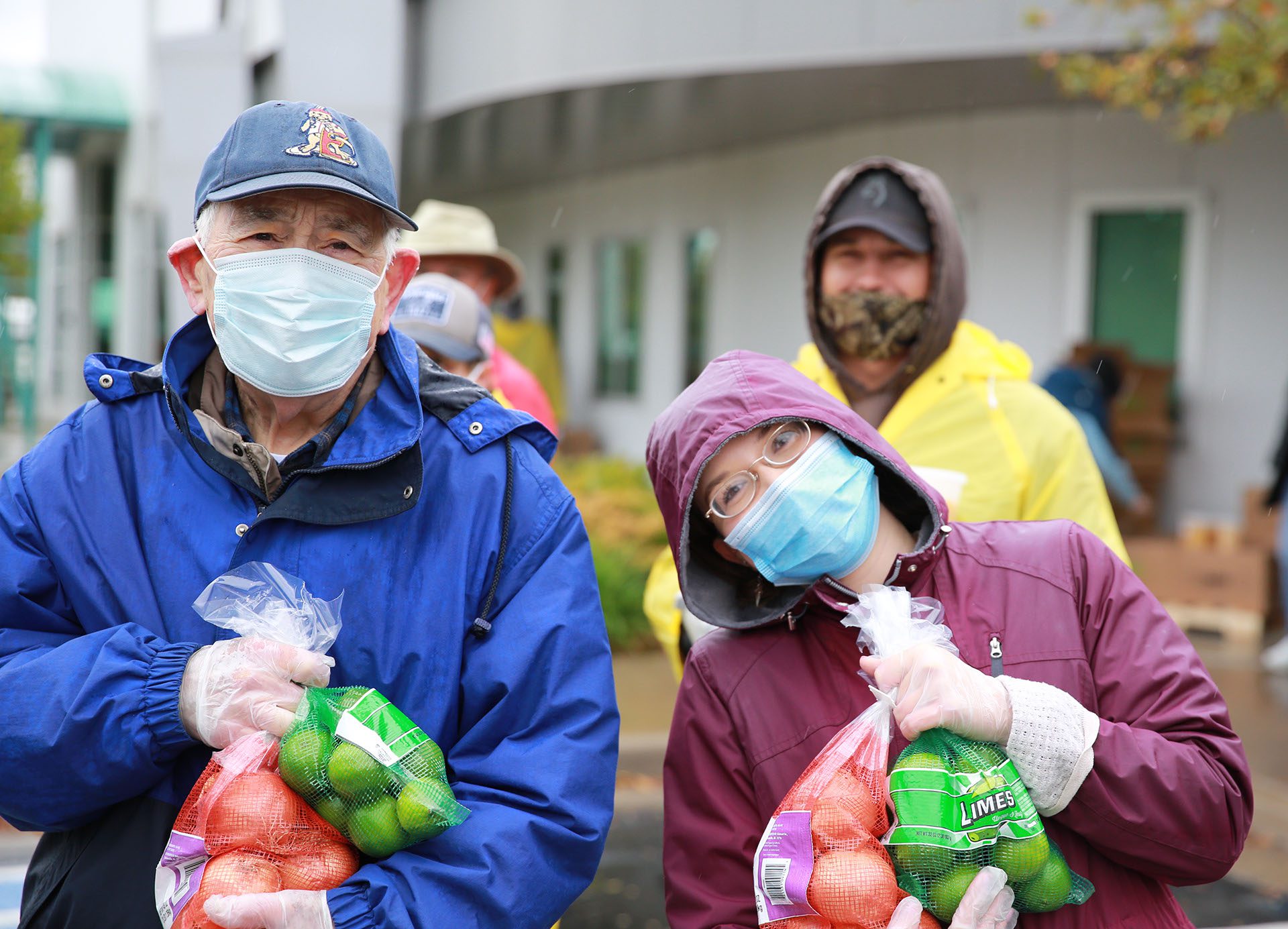 A man rolled down his window to accept boxes of food from a local food pantry worker. He wanted to say more than just “thank you.” He wanted to share his story.

He wore a suit and tie to work every day, he said, and took home an executive paycheck that allowed him to give to the pantry for hungry Oklahomans. Then, COVID-19 hit and his job evaporated.

“I never would have dreamed that we’d be in this situation,” he told the worker. His family suddenly had to choose between paying the mortgage or lining up for free food.

Oklahoma’s food banks report that first-timers account for about 35% of people showing up at food pantries and soup kitchens.

“I think this pandemic has shown that it could be any one of us at any time,” says Lori Long, CEO of the Community Food Bank of Eastern Oklahoma.

Coronavirus began rolling through the heartland in March, about two weeks before Long joined northeastern Oklahoma’s largest food assistance program. Like most people, Long believed COVID-19 would be relatively short-lived. She was optimistic. “It would be just a few more months,” she thought.

But things only got worse. Coronavirus shut down businesses, ended jobs, closed schools. Hunger was nothing new in the nation’s fifth hungriest state, but the addition of freshly minted poor and food-insecure people made the fight against hunger even more daunting.

That meant the community food bank and the Regional Food Bank of Oklahoma, serving central and western Oklahoma, had to run faster to source, store and deliver food to local groups, such as soup kitchens and food pantries.

By the end of fiscal year 2020, Oklahoma food bank distributions hit a record-breaking 89.4 million pounds of food, more than 9 million pounds greater than the year earlier … and growing.

The harsh reality of falling donations amid heartbreaking demand continues to batter the state’s food banks.

“Early on, as the food supply chain was throttled across the country due to high consumer demand, the Regional Food Bank had to purchase more food than is typical to ensure we had enough food to meet the increased need,” says Stacy Dykstra, who became Regional’s CEO in September 2020.

So the food banks had plenty of food ready for packaging and distribution in April. However, volunteers and all but the essential food bank staff had been told to stay home.

More staffers are now gradually returning to work and more volunteers will be needed at the food banks, where federal safety measures are in place, says Long.

Anything is welcome relief in Oklahoma, where a Map the Meal Gap study shows Great Recession-like food insecurity exists and nearly one in three children may go to bed hungry in the wake of the pandemic.

Despite the formidable task, Long focuses on the mission with her trademark cheerfulness.

A Lifetime of Giving Back