They made the world hum “MMMBop” nearly 20 years ago as a boy band that, unlike some, was a real band. Now the Tulsa brothers are real brew masters about to combine their two professional loves. Hop Jam 2014 takes over the Brady Arts District with live music and craft breweries. The festival will be 3-10 p.m. Sunday, May 18. The big concert starts at 5 p.m. with West coast rocker Butch Walker followed by the jammin’ Robert Randolph & The Family Band. Hanson takes the stage later that night. Guests can visit booths set up on Main Street north of Brady Street to sample the best from Oklahoma breweries, including Choc Beer Company, Marshall Brewing, Roughtail Brewing Company, Coop Ale Works, Dead Armadillo, Black Mesa Brewing, F.O.A.M. and Prairie Artisan Ales. You’ll also be able to pick up MMMHops, the launch product of Hanson Brothers Beer, the trio’s latest high-profile venture. The event is family-friendly and should provide plenty of great views of downtown Tulsa. Hop Jam is free and open to the public. For more, go online to www.thehopjam.com. 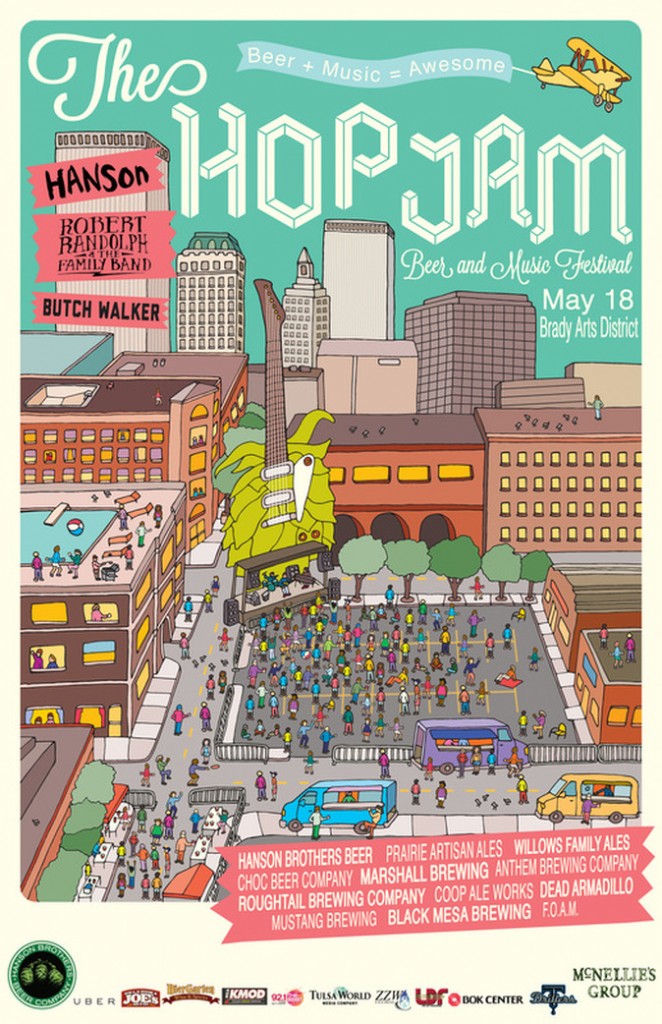 Fourth of July, Plus Dogs, Fiestas and Peaches