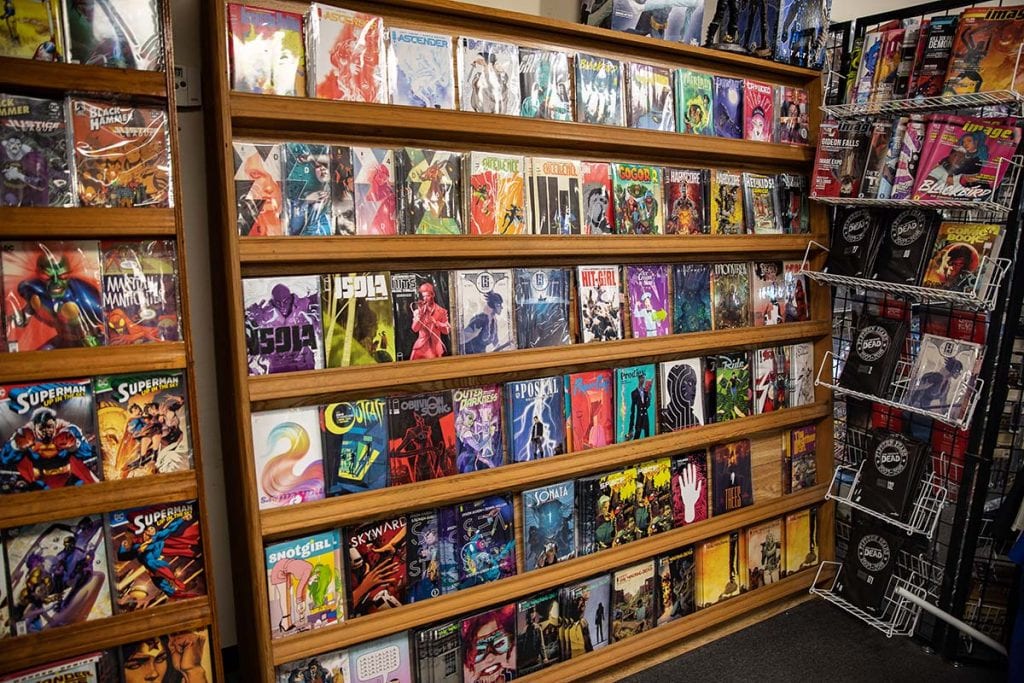 From humble beginnings on the funny pages of 1890s newspapers, comics have thrust themselves upon the entertainment world with all the impact of an animated neutron bomb.

Comic books have long ceased being just for kids. A pristine copy of Action Comics No. 1 cost 10 cents when printed in 1938; it sold on eBay in 2014 for $3.2 million. This comic introduced Superman and what would become his well-known cry, “Up, up and away!” There’s been no looking back.

Superhero movies derived from comics continue to climb at the box office, with nearly each film outperforming the one before it and inspiring new generations of collectors. In April, Marvel Comics’ Avengers: Endgame raked in more than $1.2 billion on its opening weekend and has grossed nearly $3 billion since then.

Some people are content to simply read comics while others are avid collectors.

“I began reading comics at the age of 5 and have been ever since,” says Buck Berlin, owner of Oklahoma City’s New World Comics, which opened in 1983. “Batman and Spider-Man are the most popular [series]. The most expensive comics tend to be Action Comics No. 1 and Detective Comics No. 27.”

Marvel recently celebrated its 80th anniversary with a No. 1000 collector’s issue, which features characters from over the decades.

“The anniversary issue was quite well done,” Berlin says. “It was a nice way to celebrate their past and prepare for their future. Comic collecting is a great hobby that everyone can enjoy – from the casual fan to the most devout reader.”

“My dad got me into collecting comics when I was very young and I just kept on loving them through the years,” he says. “You can make a fair amount collecting comics as long as you have the time to search for collections or deals. You do have to usually spend a bit on collecting unless you find hidden gems in a collection.”

Jarman says the most popular issues for collectors tend to be those that have a character making his or her first appearance.

“Pretty much any superhero comic book from the ’40s through the ’60s are the most expensive and rare,” he says.

It’s hard to tell when DC Comics, Marvel or another publisher will create another superhero who possesses unthinkable powers. But as the tagline from the 1978 Superman movie states about our ability to suspend disbelief, “You’ll believe a man can fly.”

Back in the Saddle

Off to the Races