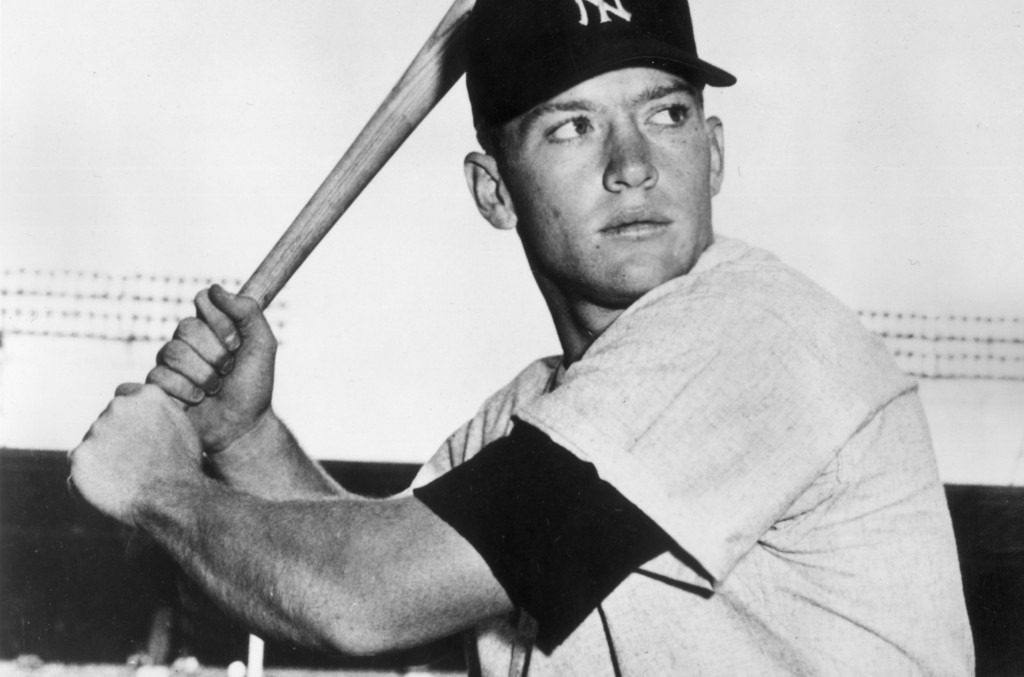 This spring marks the 40th anniversary of Mickey Mantle’s induction into the National Baseball Hall of Fame. Mantle left his mark on baseball as a switch hitter for the New York Yankees from 1951 to 1968. Over his 18-year career, the 20-time All-Star hit 536 career home runs, had 1,509 RBIs and a .298 batting average. He helped the Yankees reach 12 World Series and win seven.

He had a dramatic effect on fans, says Max Nichols, an Oklahoma native who was a baseball writer for the Minneapolis Star from 1961 to 1980.

“Fans respected Mantle and were awed at his home runs,” says Nichols. “He brought Oklahoma into national headlines and helped make Oklahomans proud as we came out of World War II and began to grow. I remember when ‘Okie’ was not a term to be proud of. Mickey Mantle helped change that.”

Mantle was born in Spavinaw, Okla., on Oct. 20, 1931, and at age 4, he moved with his family to the nearby town of Commerce. This is the inspiration for Mantle’s later nickname, “The Commerce Comet.”

Mantle had an accomplished career despite playing many of those years with injuries, says Nichols.

“He damaged his left leg during a high school football game at Spavinaw and suffered (a bone infection),” says Nichols. “That injury kept him out of the Army.”

Injuries continued to plague Mantle, even in the big leagues.

“During his first season as a Yankee, he stepped in a drainage hole in the outfield during the World Series,” says Nichols. “(His knee) bothered him off and on the rest of his career.”

On the field, he was best known for his home run hitting power. He was equally known for his friendly nature and practical jokes.

“I would see Mickey during batting practice. He always yelled at me: ‘Hey Okie,’” says Nichols.

“Mickey put blanks in Billy’s gun,” recalls Nichols. “Billy was blazing away at the birds a few feet away, and the birds flew away. Mickey laughed so hard he rolled over in three feet of snow.”

A Passion for Ping-Pong

The Road To Badges & Brass