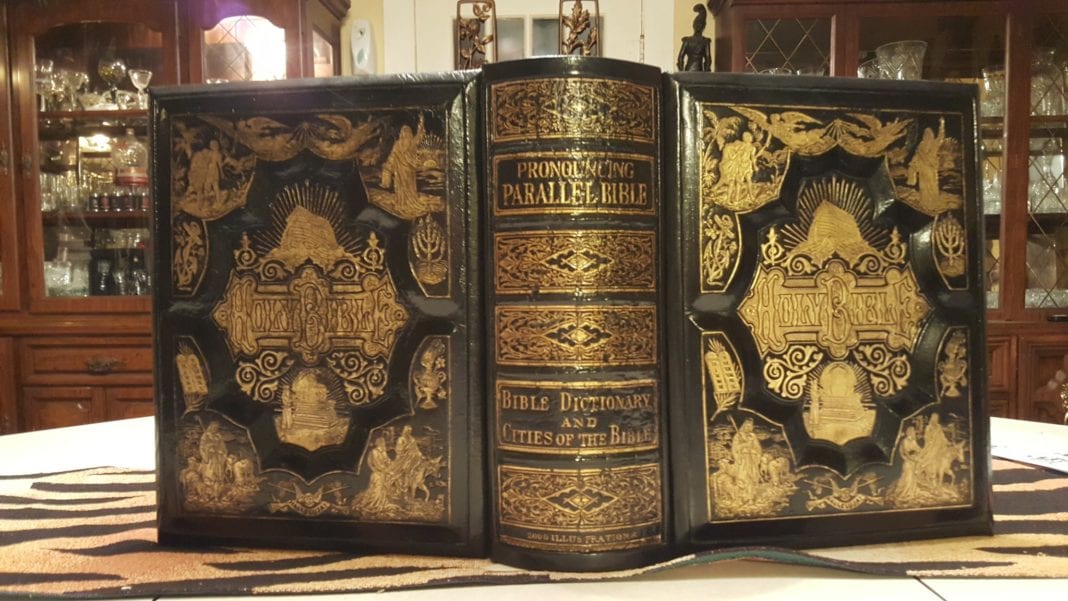 For repairs and bibles, a local family-owned business in Fort Gibson is a hot-spot.

Artur Bookbinding International was opened in 1992 by Zbigniew Niebieszczanski, or as the locals call him, “Dr. Bible.” Artur Niebieszczanski, his son, eventually became co-owner and carries on the family legacy.

“I came along in 2015 to work full time with my dad,” says Artur. “As a kid, when he worked for a bindery in Muskogee, I would enjoy going to work with him because I was fascinated with what he did and bookbinding in general.”

Zbigniew left that bindery in Muskogee to open his own business and named it after his son, as he knew he would follow in his father’s footsteps one day, Artur says.

The process of bookbinding and refurbishing is dependent on the age and amount of damage to the book.

“Regular study bibles generally are fairly easy to fix,” Artur says. “When it comes to restoring old books and bibles, the skill level is significantly higher and requires several years of education or apprenticeship to learn.”

The binding process can consist of sewing in or gluing loose pages, determining what kind of book cover is needed, choosing the correct leather and hot stamping titles and names on the cover, he says.

“The average price for study bibles and books that need a new cover is around $200,” says Artur. “Average cost on a large family bible is around $1,500 to $2,500, or even higher depending on how much work is being done.”

Besides trade bookbinders, there are some who enter competitions to showcase their skills within the craft. One such competitor is Sean Richards, a restorer based in Norman.

Richards opened his business, Byzantium Studios Limited, in 2003 after returning from his apprenticeship in the Czech Republic.

“This work is extremely challenging and interesting,” he says. “I have been fortunate to travel to many different countries in this profession.”

The book restoration and binding process is something that can take anywhere from a few hours up to a few months.

“Repairing a spine of a book is usually the most common request, but I have also taken part in washing an entire book, which took several months to complete,” says Richards.

Book repair is only a fraction of what bookbinders do. Richards also designs bindings for collectors and celebrities.

“My design bindings are between $5,000 and $15,000, and are sold by a select group of dealers on both the east and west coasts of the states, England, the Netherlands and Spain,” he says. “I’m extremely selective about the work I take on.”

Bookbinders find many books of different ages to restore, but the oldest book Richards has ever taken on was centuries old.

“The oldest was a 12th century Manuscript, but the most valuable was Galileo’s Sidereus Nuncius, valued at $3 million,” says Richards.

All Roads Lead to Tulsa

The Power of Creation