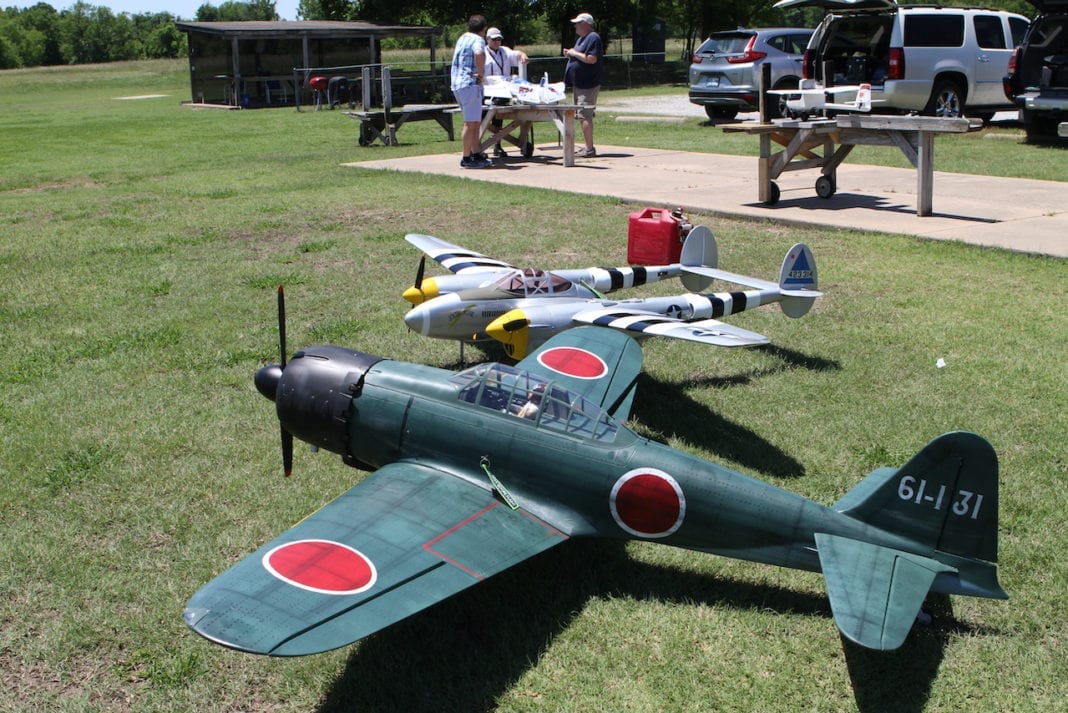 That’s the motto of model aircraft hobbyists. For many, building and flying a replica airplane – or one that just goes reaaaal fast – is pure joy, and they’re looking for the next generation to join them.

Luke Brown, who’s been flying for seven years and is a trainer for the Bald Eagle R/C Club in Tulsa, was inspired by his father to get into the hobby.

“After he passed away, I wanted to see what he loved so much about it,” he says. “So, I bought my first plane and haven’t looked back.”

Brown says it isn’t as expensive as people think.

“I bought a plane for $69, and I love flying the crap out of that cheap little thing,” he says. “As long as something’s in the air, I’m happy.”

Getting started is easy; you can find what you need at a local hobby store or shop online. Those concerned about controlling the plane as a newbie shouldn’t worry. Most planes out of a box have safe technology that allows you to select beginner, intermediate or advanced mode.

“In beginner mode, when you let go of the stick, it self-levels; it doesn’t let you loop, roll or do anything crazy,” says Brown. “You learn how to fly with something like that.”

Mike Pennell, a member of the Tulsa Glue Dobbers, agrees that the hobbyist determines how much time, effort and money is put into the craft. Pennell lost his father at age 12 and was guided into the hobby by a retired army sergeant neighbor. While he’s fond of warbirds, particularly WWI and WWII aircraft, he says the most popular models lately are electric-powered ARFs (or ‘almost ready to fly’).

“These airplanes are typically made of foam and are ready for the radio installations,” he explains. “Some come with the radio gear already installed and ready for flight. Balsa and plywood models are regretfully becoming less popular due to time constraints for most modelers.”

Raymond Atkinson, who became a member of the OK Sooner Squadron in 1993, thinks the hobby is dwindling with younger generations.

“It seems that the older people [who] have money and time on their hands want to learn or get back into it, but there’s so much competition of things to do, it’s hard to get kids into,” he says. “They have their iPads [and devices], and that’s what they seem to go to.”

What Atkinson loves most about building model aircraft is trying something different, essentially “creating something that isn’t just a kit.” He fancies WWII planes, which he says are not easy to fly, but learning is fun and requires patience.

“A lot of people don’t have the patience, but I enjoy the learning process,” he says. “It’s an accomplishment once you learn to fly.”

Atkinson isn’t sure how to get new people interested in the pastime, but believes that there are always fresh and different aspects of the hobby to keep anyone busy.

Brown and Pennell both mention that their clubs have female members, so the hobby and flying clubs are not “boys only.”

“We do have a young nine-year-old lady in the club who can put on a show with her airplane,” says Pennell.

For more info about flying model aircraft, visit modelaircraft.org. To find out more about the clubs, visit baldeaglerc.com; tulsagluedobbers.com; or oksoonersquadron.org.

A Magical Menagerie of Mushrooms

Looking Up and Out