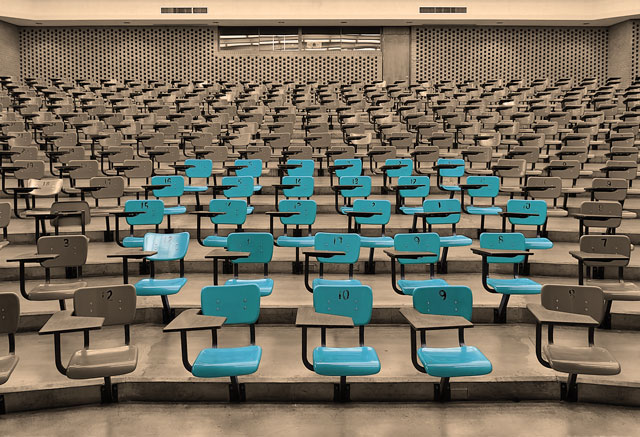 [dropcap]My[/dropcap] mom, a Chelsea High School alum like me, has been gone for more than a decade now, so I hope it’s all right to reveal a secret ritual we participated in for years.

Before every one of the annual Chelsea Alumni Association Banquets we attended, I would visit her house and she would fix us both a substantial vodka and 7UP with a lime wedge. Thus fortified for the event, we would head off to the school cafeteria to mingle once again with scores of our fellow CHS graduates, many of whom, I suspect, had indulged in a similar bit of glass-lifting.

Is there anything that pulls you in as many emotional directions as a high school reunion? It’s not just the mixed feelings always engendered by nostalgia, that homesick-like longing for the past that’s not only both sweet and sad, but also wistful and ultimately, heartbreakingly futile. While a reunion celebrates the threads that will always bind us to our old classmates, it can also be a relentless reminder of just how old those classmates are getting, a process that directly involves us.

The realization of time’s passing seems especially stark when someone shows up whom you haven’t seen for years, and their wrinkles and sags and age blemishes provide an unwelcome reflection of yourself. If nothing else, a reunion shows you just exactly what years of gravity can do to human features, including, of course, your own.

In the early ’90s, while covering country music for the Tulsa World, I got into a backstage discussion with Duncan Cameron, guitarist for the group Sawyer Brown. He’d recently gone to one of his class reunions for the first time in a long time, and, like a lot of people who aren’t regular attendees, he’d found it to be kind of weird. He thought that feeling had to do with the fact that he was in the public eye and needed to keep up appearances, so he looked different from his old running buddies, who’d let themselves age naturally.

“You go in there with the good hair and everything,” I recall him saying. “And you just maybe look a lot younger than most people your age.”

Cameron had plenty of reason to make that observation. But don’t we all feel that way, if only in our secret heart of hearts? I don’t know of anyone who wouldn’t admit to having, on at least one occasion, come home from a school reunion, stopped in front of a mirror, and thought, “Well, really, I don’t look that bad.”

Maybe all of this is on my mind because it’s the school-reunion season. Or perhaps it’s because last year at this time my own CHS class celebrated its 50th anniversary, leaving my classmates and me little room to pretend we were still the kids who dragged Main Street on Saturday nights, sneaked off to the notorious Nowata Stomps (weekend rock ’n’ roll dances whose parking lots were monitored by dour American Legionnaires keeping an eye out for teenage monkey business) and, as the Statler Brothers’ Don and Harold Reid deftly put it in their lyrics, thought “we’d change the world with our great work and deeds.” Now, we were the geezers at the big center table, so ancient that we were getting complimentary tickets to the event. The youngsters around us at their own tables regarded us curiously and found it inconceivable they’d ever be that old.

Believe me, I understood. My mother, Ruth Seely Wooley, was a member of the Dust Bowl-era class of 1934, and I remember taking her to her own 50th reunion pre-party and thinking how wizened her classmates looked. I also remember something she told me a few years later, after I’d been asked to give the eulogy for Randy, one of my good high school pals, who’d succumbed to cancer.

“Now,” she said knowingly, “you’re at the age where your classmates start to die.”

She was right, of course. But there seemed to be plenty of life left in those who assembled in the Chelsea High School cafeteria for our 50th. The actual number of students in our class has long been a point of contention, but it was somewhere in the upper 40s, and we had more than half that number around the big table. Spirits were high, as minor-keyed complex feelings about connection, and aging, and camaraderie moved about us like tiny clouds, or little spirals of smoke, while we shared memories that reminded us how much we were all part of an extended family.

I realize that sounds fatuous. But it’s true. There were people at that table I might see only once a year, or even less, but they are people I would trust with my very life. They’re folks I could call on in an emergency. And the reverse is true as well: They could call on me.

In talking to graduates whose senior-class sizes were in the hundreds, I’ve found that many of them don’t hold these same sorts of feelings. Invariably, they still have a strong connection to people who were part of their high school group, which is kind of the same as being in a small school. At Chelsea, there were so few of us that we didn’t have the luxury of cliques; we just all kind of hung out with one another.

Large or small, it seems to me, a high school graduating class is like a snowflake. No two are alike, and all are made up of tiny components, sticking together into a single pattern. The snowflake gets its time of swirling through the sky, and then it hits the ground and melts and becomes water, flowing with all the other snowflakes to the sea, no longer one-of-a-kind, no longer something precious and unique unto itself.

Still, every year in Chelsea, Oklahoma, and untold thousands of places all over the country, people pull themselves out of their lives in the greater community and travel someplace, often far away, to meet with friends of years past, all joining together in an effort to reconstitute the snowflake that was their high school graduating class. Once pure and white, that snowflake grays and shows more imperfections with time, reflecting the years that its tiny parts have been awash in humanity’s sea. Again, the Statler Brothers:

“Johnny’s big in cattle. Ray is deep in debt./Where Mavis finally wound up is anybody’s guess./Linda married Sonny. Brenda married me./And the class of all of us
is just part of history.”

As the annual date for the Chelsea High reunion rolls around again, and we once-young grown-ups talk and laugh and tell one another the same stories we told the year before, all of us of course know our little class is, indeed, “just part of history,” and an infinitesimally minor part at that. Yet, there’s something truly sweet and lasting in the way we’re drawn almost magnetically together, year after year after year.

In a funny way, I think, going to a high school reunion is a little like attending a church service: When we make the effort to get up and go, we’re rewarded by the reassurance that there’s something out there, something hard to define and maybe just beyond our grasp, but beautiful and enduring – a thing, ultimately, that will always be bigger than ourselves.

Off the Streets Through Open Doors