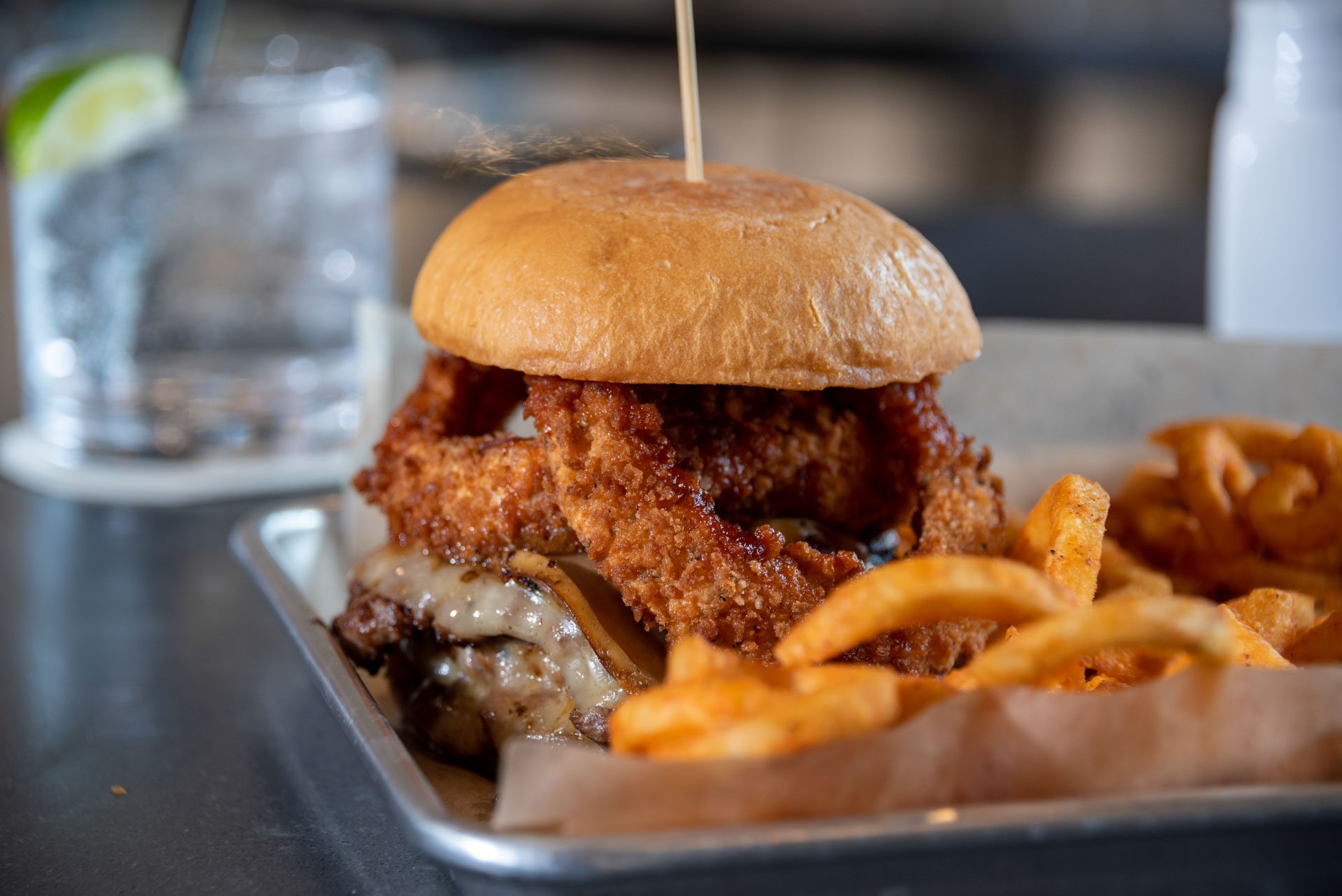 Once upon a time, in those halcyon days when the war had just ended and Tulsa was the Oil Capital of the World, a man named Big Jim Capshaw owned pretty much all the land around the intersection of Harvard and Admiral; they called it Capshaw’s Corner. On it, Big Jim built a gas station, a late-night bar called the Morocco Lounge, and a shiny burger place, Cap’s Hamburgers.

You could cruise by at any hour of the day or night and enjoy a couple of 25¢ burgers or a 50¢ hot beef sandwich with gravy, or perhaps a top-of-the-line $1.50 sirloin with potatoes and salad. Wash it down with a root beer and follow it up with a 15¢ slice of homemade pie. Life was good.

At some point back then, Big Jim’s son (also named Jim) worked in the burger place, sometimes washing dishes alongside the cook’s son. When he got older, he inherited the Morocco Lounge, and at some point he got the nickname of Shaky Jake.

“He was the one consistent man in my life,” says Johnna Hayes. “I was not close to my father, and my step father wasn’t amazing. Grandpa Jim was the only man in my life who gave me all a father figure should.”

Years went by, and the young girl playing bartender became a real bartender, then a manager, then an owner, and finally an owner of several restaurants. There was much joy along the way, and enough struggle to fill a book.

And yet, “it never feels like a job,” Hayes wrote in 2019, “it’s as natural as breathing or laughing.” Then came March 2020, and a virus that forced her to lay off the employees she treasured as family. During this time, Shaky Jake was her rock.

“I called my grandpa when everything got shut down,” she says. “I was in tears and he said, as dry and serious as he could, ‘Johnna Kay, this will be just fine, I promise.’”

When COVID’s grip loosened, Hayes was filled with a desire to grow, expand and help others, but the pandemic taught her to be smart. Rather than go into debt to buy new buildings, she would open new evening restaurants in her three Bramble locations, which are open for breakfast and lunch. One of them, opened just last month, features fine dining entrees using the fabled molés of Oaxaca. But the easiest decision she ever made was that the first to open would honor her grandpa with a namesake restaurant, Shaky Jake’s.

A lot of people put in months of work to turn that concept into reality, foremost among them being Stephanie Bradley, Manny Mendez and of course, Johnna herself. So if you drive along Ash Avenue in Broken Arrow, one short block away from the bustling Rose District, you’ll see a soaring red brick building, modern with a steeple that boasts a bit of Tuscan flair. Inside, light streams through stained glass windows in a spacious white-walled room, and if it reminds you of a church, that’s because it once was. The menu is a tribute to Cap’s Hamburgers.

There’s “The Big Cheese,” two thin yet flavor-packed patties topped with pulled brisket and barbecue sauce, overflowing with mac and cheese. There’s a Philly cheesesteak burger, in which a rich cheese sauce is poured over the cheese steak tableside. (Don’t wear your silk blouse if you order that one.) And then there’s “El Desordenado,” which features chorizo chili, guacamole, tortilla strips and a cheddar glaze atop the patties.

But it’s not just burgers at Shaky Jake’s. You can start with mojo pork nachos or Cuban eggrolls. The latter are crisp, crunchy eggrolls stuffed with ham and cheese, with habanero honey mustard on the side. There are wings, with a choice of nine different preparations, including whiskey BBQ peach and mango habanero.

To drink, there are shakers and sippers and frozen goodies and floats. And then, savory and memorable hot dogs, including the Spanish chili dog, the Tijuana dog and the surf dog. That last one has grilled mango and pineapple chunks, plus avocado and teriyaki sauce.

If all of this sounds a bit whimsical, don’t worry – it works. Everything’s delicious; you take a bite and just like that, you feel happy. And that’s what Shaky Jake’s, and Jake himself, are all about.

Much Ado about Milo

The Next Great Adventure

Two Chickens and a Prayer