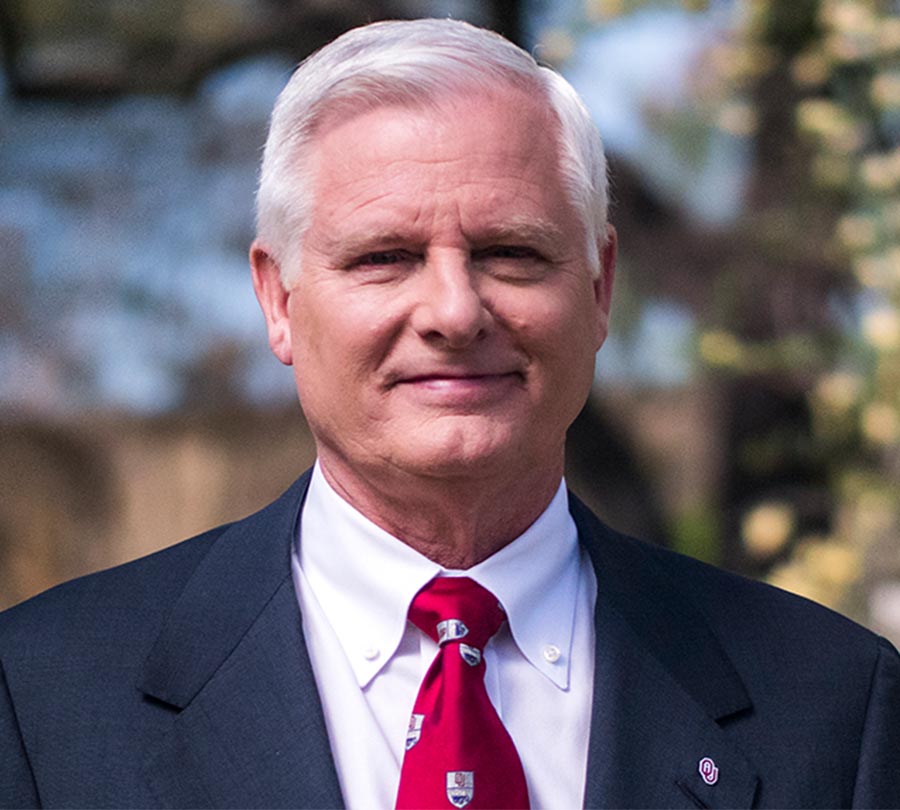 NORMAN, Oklahoma – On Monday morning, The University of Oklahoma Board of Regents announced its selection for a new university president. James “Jim” L. Gallogly will become the 14th president of the university following David Boren’s retirement on June 30, 2018.

The announcement follows a months-long search which began in November of 2017. Clay I. Bennett, chairman of OU’s Board of Regents, said in a statement released Monday morning that the search committee consisted of 17 faculty, students and community members. The committee presented the board with 13 candidates and seven were chosen for in-depth interviews. Following all interviews, Gallogly was voted in unanimously.

“Jim Gallogly is a world-class, in-demand transformative leader, and we’re honored to have him as our new president,” said Bennett in the same statement. “Throughout his career, he’s been incredibly successful. He is a builder known for having strategic vision, for managing large and complex organizations, and for mentoring and inspiring great teams to achieve results – leadership qualities we value for the future. Jim’s skill-set is a perfect match for this unique time in our history.”

Gallogly, along with being a continuous donor to the university, has served in executive roles at ConocoPhillips, Phillips Petroleum Company, Chevron Phillips Chemical Company and Continental Resources. He received a bachelor’s degree from the University of Colorado at Colorado Springs in 1974 and a J.D. from OU’s School of Law in 1977. Additionally, he is a member of Oklahoma, Texas and Colorado bar associations.

“Jim is extremely passionate about OU, STEM education, as well as achieving excellence in the liberal arts. The Gallogly Family Foundation has been a major benefactor for which the OU Gallogly College of Engineering and Gallogly Hall are named. The Foundation chose the OU College of Law as the pilot school for its selective Public Interest Fellowship Program, which supports graduates pursuing public interest work,” according to Gallogly’s biography on OU’s website.

Said David Boren: “I have known Jim Gallogly for many years. He is a person of exceptional ability and has been a committed supporter of the university. He truly loves the university and our students. He and his wife Janet will be worthy leaders of our university family. Molly and I both wish them well and will do all that we can to help them and the university that means so much to all of us.”